"You should make a point of trying everything once,
excepting incest and folk-dancing."

Showdown at the Library of Babel, part II 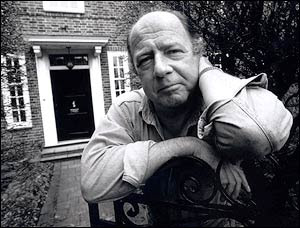 Showdown at the Library of Babel, part I

About two weeks prior to Christmas I ordered a selection of books from everyone’s – well, mine, at least - favourite online book emporium, each costing no more than a penny plus the exorbitant p&p. I was fully aware that ice, snow and Christmas cripple the entire infrastructure of this country, especially our doughty postal workers; so I thought it might take over a week to receive them. Out of the four books purchased two came within about a week, of the other two, both bought from the same seller (but packaged separately…), one arrived on the doormat in the last days before Christmas but the last one I received yesterday. The fourth of January.

Now, I wasn’t particularly miffed about the late delivery but on closer inspection of the received package it had been crudely folded and bound up with brown tape on one side – I, initially, assumed to make it more ‘postable’ – and after removal of this tape I discovered that the package's corrugated seal had been broken. Fine, I thought, so someone’s had a go at it and discovered the contents weren’t their bag. Fair enough.

Only then I realised that the back cover and the last three pages had been torn vertically in half and discarded. I shook the packet. Not in there. I sat staring at this conundrum for a good few moments. The seller had listed it as being in ‘very good’ condition. They confirmed for me that before dispatch it was indeed intact. I was perplexed. Had someone really been so offended by The Alan Coren Omnibus that they had shredded the last few pages (a parody of The Great Gatsby no less) in order to make an anti-feuilletonistic statement and bunged it into the post again? Perhaps with a kind of ‘I’ll show this doubled-barrelled twit satire!’ sentiment?

I relayed this story to my good friend Prof. Edmund Prygge the other day; his only reaction was to shake his head, as he ground up a common blue butterfly into chocolate snuff, and say, ‘Alan Coren, eh? Well, if you will play with fire...’ I idly pushed some not-quite-stale Christmas cake around my plate.
Posted by JZKnowles-Smith at 06:51